Even if you knew some of these things, it always helps to have a refresher.
1. Hops have antibiotic properties
The American Botanical Council affirms that hops have long been known to inhibit the growth of bacteria and keep beer from spoiling. That’s why more hops were used in the pale ale the British shipped to their outposts in India during the Raj, which is where the “I” in IPA comes from.

2. Pliny the Elder didn’t “discover” hops
On his blog Zythophile.com, British writer Martyn Cornell provides an excellent discussion about the identification and naming of hops. Cornell says that the Roman author of Naturalis Historia was not the first person to mention hops in his writing, as the Russian River Brewery once claimed as the source of their name for their universally-esteemed double IPA. Cornell does allow that Pliny may have been talking about hops when he described lupus salictarius, or “wolf willow.” We have Swedish naturalist Carl Linnaeus for the Latin name we know them by today, humulus lupulus. By the way, lupulus doesn’t refer to wolves, but comes from the medieval Latin name for hops. 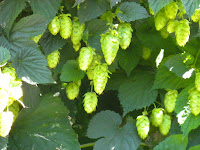 3. Hops and Cannabis are related.
Popular Science author Martha Harbison confirms this statement, and provides the chemical formulae to back it up. By the early 2000s, DNA sequencing showed that the two plants were so closely related that they should properly be referred to as Cannabinaceae. And yes, as Lagunitas’ head brewer Jeremy Marshall once told me, “Everyone’s made weed beer at some point in his brewing career.”

4. Some brewers intentionally use bacteria to make “Wild Beer.”
The secret to a lot of Belgian-style beer is a bacteria called Brettanomyces, or “Brett” for short. The name means “British fungus,” by the way. It takes a master to brew a good beer using Brett, which is why it took Belgian monks over a thousand years to perfect the process. Allaboutbeer.com leads homebrewers through the steps to working successfully with Brett.
5. Stone Brewing also distributes beer.
Like the beer industry itself, beer distribution in the United States was the province of a few giant distribution networks that, according to Stone, didn’t understand craft beer or how to sell it. Stone stepped into the breach, establishing their own distribution networks and today distributes not just their own beer, but that of many of the great craft breweries we take for granted today.
6. Prohibition had long range effects on the American brewing industry.
Before Prohibition, which lasted from 1920-1933, the United States boasted 1,200 breweries. Until President Jimmy Carter signed the Cranston act in 1978, there were fewer than 200 breweries in our great land. The Cranston act deregulated the beer industry, which allowed craft brewers to flourish, according the The Economist. Today, there are nearly 3,500 breweries in operation. 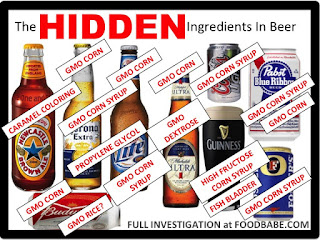 7. Brewers don’t have to tell you what they put in their beer. Public health lawyer Michelle Simon says, “Ingredient labeling on food products and non-alcoholic beverages is required by the Food and Drug Administration. But a whole other federal agency regulates beer, and not very well. The Department of Treasury – the same folks who collect your taxes – oversees alcoholic beverages.” So, what’s in your Bud, Miller, Coors, Corona, or Stella Artois? According to foodbabe.com, a bunch of genetically modified corn products like high fructose corn syrup as well as GMO rice, caramel coloring, propylene glycol (used in antifreeze), and isinglass (derived from fish bladders).
8. That “craft beer” you’re drinking might not really be a craft beer. Shock Top, Goose Island, and Kona are owned and controlled by Anheuser Busch InBev, and Blue Moon is brewed by MillerCoors, according to Time Magazine. 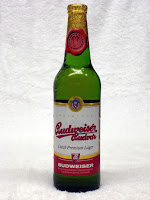 9. Budweiser doesn’t always come from Budweis in Bohemia. Hamburgers originally came from the German city of Hamburg. Wieners originally came from Wien (Vienna). Pilsener is a lager beer style associated with the Czech city of Plzen. And, by rights, Budweiser should associated with Budweis, aka Budejovice in the Czech Republic. Actually, since 1907, beer brewed in Budweis could not be sold in North America as “Budweiser,” thanks to an agreement between Bohemian brewers and Anheuser Busch. Luckily, a recent court ruling stipulates that Budějovický Budvar, the maker of the Czech Budweiser, has exclusive control of the Budweiser name brand in the European Union.


10. Over 90 beer styles are judged at the Great American Beer Festival. You’ve heard of lager, ale, and stout. How about German altbier, extra special bitter, or Irish red? How about Belgian Dubbel, Tripel, or Quadruple? How about fruit lambic or gueuze?