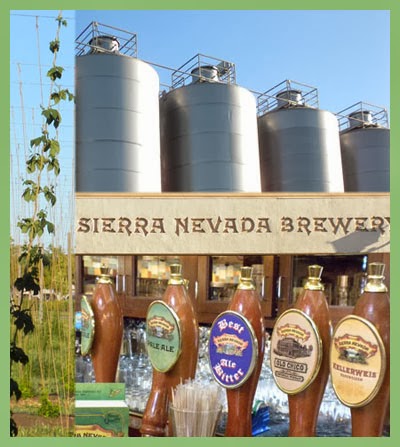 According to CraftBeer.com, "An American craft brewer is small, independent, and traditional." The limit on "small" is less than two million barrels of beer produced a year. With it's name recognition and huge facilities, Sierra Nevada Brewing Company hardly seems small. But a check of the Brewers Association confirms that Sierra Nevada (SNBC) is a member, at the "regional," or 15,000-2,000,000 barrel, level. According to the SNBC website, the brewery produces about 800,000 barrels annually.

Sierra Nevada is located in Northern California,almost two hours north of the State Capitol, in the college town of Chico. Chico is the home of California State University, Chico, founded in 1889, the second oldest campus in the CSU system (after San Jose).

Ken Grossman, founder of SNBC, graduated from Chico State with a degree in chemistry. After perfecting his homebrews, Ken first opened his own store, The Home Brew Shop, in 1976. He then began collecting the odds and ends that would eventually become SNBC, which he opened with co-founder Paul Camusi in 1980.

Charlie Papazian, fellow Beer Examiner and President of the Brewer's Association, dates the renaissance of American craft beer to 1982. In that year, the number of American breweries had fallen from a pre-Prohibition high of 800 to a nadir of less than 50. Today there are close to 1,500. 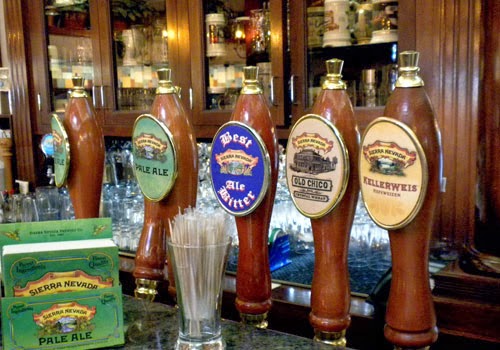 SNBC's flagship beer is Sierra Nevada Pale Ale. Before such a beer existed, there was nothing in America that tasted quite as hoppy or quite as good.

The first time that the VCBE visited SNBC several years ago, it was a revelation that the brewery offered many other selections. Kellerweis (a frothy delicious hefeweizen) and Best Bitter (a copper-colored English ale) are two perennial favorites from the Taproom. Torpedo is an Extra IPA that hones in on its hop-loving target; and Bigfoot is a barleywine style ale that matches BIG malt flavor with BIG hop flavor.

On the VCBE's recent trip, to celebrate Craft Beer Week (5/17-5/23), three new ales stood out.
Sierra Nevada Brewing Company should be at the top of the life list of anyone who cares about craft and beer.
Posted by C. C. Hansen at 11:53 AM